The Go-Ahead Group has recruited more than 50 apprentices a month during 2020 despite the disruption caused by the Covid-19 pandemic.

Whilst focusing on keeping services going and ensuring customers and colleagues are safe, Go-Ahead has continued to take on apprentice drivers, engineers and customer service workers.  In 2020 it has recruited   650 apprentices as part of its commitment to invest in its workforce for the long term.

Applications for roles at Southeastern, Govia Thameslink Railway and Go-Ahead London have surged to record levels. The number of people seeking rail jobs has doubled, while enquiries about roles driving and maintaining London buses are up by a third.

In addition to young people applying straight out of education, many applicants are job switchers who have been prompted by the pandemic to seek new careers. New recruits include an airline pilot, a former prison van driver, a guitar instructor, a teaching assistant and a veteran of the French foreign legion.

Southeastern has hired almost 230 apprentices in engineering, customer service and train driving this year. It was recently named one of the Top 100 Apprentice Employers in the UK – the only train operating company to make the Government’s shortlist. Govia Thameslink Railway has recruited 188 apprentices, of whom 28 per cent are female.

Go-Ahead London has hired more than 300 apprentice bus drivers, of whom 17 per cent are female - significantly above the 12 per cent national average of female bus drivers.

Apprenticeship programmes have been hit hard across numerous sectors due to Covid-19. According to the Department for Education, apprentice starts have decreased by nearly 50 per cent in 2020[1].

In spite of the challenging environment, Go-Ahead has pushed ahead with its scheme, demonstrating the company’s commitment to training and push for championing diversity.

Go-Ahead’s Group People Director Scott Maynard said: “The pandemic has prompted many people to change careers – either through choice or because their previous jobs have become untenable. A lot of people who wouldn’t have previously considered working in bus and rail are looking at opportunities in the industry in a new light.

“Public transport is critical for our future and is essential in the fight against poor air quality and climate change. We will always need great people to help us drive our buses, maintain our trains and help passengers on their journeys. Apprenticeships are just one of the ways we are investing in our future.”

Lee Portelli – Apprentice train driver, Southeastern
Lee, 41, is a former airline pilot who joined Southeastern in November 2020. A father of two daughters, Lee had a 14-year career flying commercial aircraft before switching to the railways as a result of the COVID-19 pandemic. He worked for Astraeus, Monarch and, most recently, British Airways, where he flew short-haul routes out of Gatwick.

He says: “I was looking for something that would use the skills I’d developed during my time flying – I wanted to do something that involved transporting passengers, and working in a safety critical role. When the opportunity came up at Southeastern, I was immediately interested.”

Johnathan Marshall - Apprentice bus driver, Go-Ahead London
An ex-service man for the French Foreign legion who has also worked as a business and development manager for Fitness First.

He says: "I was a business development and impact manager for Fitness First. In my previous life I spent six and a half years in the French Foreign Legion. I was discharged with honours as I was shot in the head - at the time I was a caporal chef, which is a sergeant in UK terms. I worked in Karachi, then was sent to Djibouti to train as a paratrooper. After that I was in Bong, in the north of Liberia, where I was shot after being captured.

Koli was working for a charity for disabled children when she decided to take the plunge and apply to become a Bus driver. Initially, she worried about her height as she is under 5ft and thought she would be turned away. But after a quick test in the cab, she was able to train to become a Go-Ahead London bus driver.

In her previous role, Koli often had to wait at bus stops to be able to board with a child using a wheelchair - and she is particularly aware of the struggles faced by disabled passengers on public transport.  Although she says the job can be challenging at times, she enjoys interacting with the public and says its a job where you must be self-motivated and with the right mind set will find it very rewarding.

Before joining the Go-Ahead London apprenticeship scheme, Clariacetta was a stay-at-home mum, with three children aged between three and 13. However, she reached a point where she wanted to get back into work and build up skills that would allow her to progress within her career.

Although Clariacetta’s father felt that the role wasn’t suited for women, she persisted. And now, she advises any young women considering a career in transport to not be afraid and to take the opportunity.

Orleane was a legal secretary prior to joining Go-Ahead – but had always wanted to drive a large vehicle such as a lorry or a bus. She was looking for a way into transport for some time before spotting an opportunity to drive a bus. She has absolutely no regrets about getting out of office work – she loves the job and has a fantastic approach with the public.

Go-Ahead is one of the leading UK public transport operator companies.  Our purpose is to be the local partner taking care of journeys that enhance the lives and wellbeing of our communities across the world.  Employing around 30,000 people across our businesses, typically over 1.2 billion passenger journeys are undertaken on our rail and bus services every year. In addition to the travelling public, our customers include governments and local authorities. We are committed to contributing to tackling climate change, improving air quality and reducing social isolation, and aim to run a zero emission bus fleet by 2035.

Go-Ahead is one of the UK's largest bus operators. With a fleet of nearly 6,000 buses, we carry over two million passengers every day. We have a strong presence in London, with around 24 per cent market share, where we provide regulated services for Transport for London. Outside London, we principally serve high-density commuter markets, including the North East, Greater Manchester, East Yorkshire, East Anglia, South East and South West England. Internationally, we operate a bus contract in Singapore and two bus contracts in Ireland.

The rail division operates two franchises in the UK, three contracts in Germany and one in Norway. In the UK, Southeastern and GTR (Govia Thameslink Railway) operate through our 65 per cent owned subsidiary, Govia, which is 35 per cent owned by Keolis. It is the largest rail operation in the UK, responsible for around 30 per cent of all UK passenger rail journeys through its rail franchises. In Germany and Norway, our contracts are run exclusively by Go-Ahead. 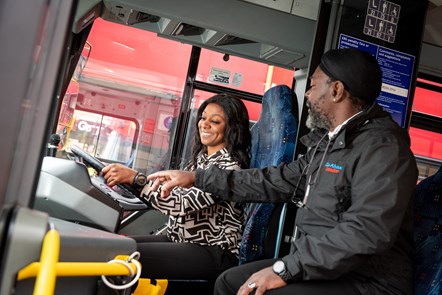 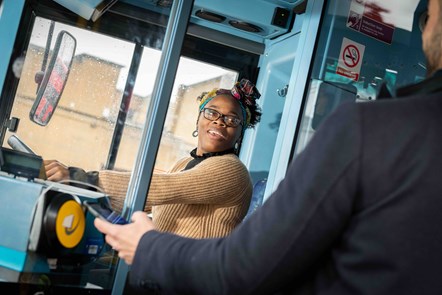 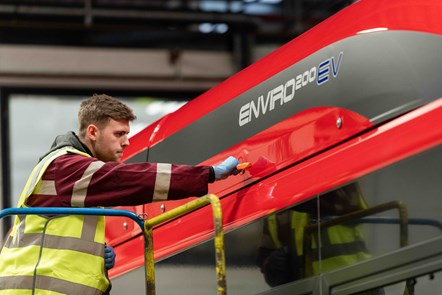 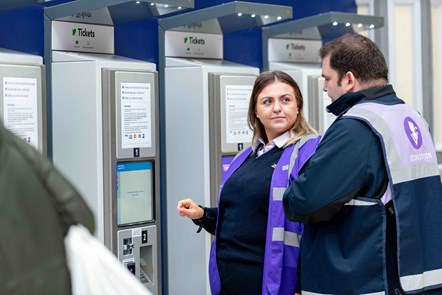