The Go-Ahead Group has appointed Luke Marion as Managing Director of the Oxford Bus Company.

Previously Finance Director for ten years, Luke has been Interim Managing Director since April 2022, replacing Phil Southall who has moved to a role at The Go-Ahead Group’s head office in London.

A chartered accountant by training, Luke qualified at Ernst & Young, and he worked at Reckitt Benckiser before moving into transport. In addition to his role at Go-Ahead, he is a director of Oxfordshire’s Low Carbon Hub.

Martin Dean, Go-Ahead’s Managing Director, Regional Bus, said: “I’m delighted that Luke will be taking on the role of MD permanently in Oxford. He’s done a great job steering the commercial aspects of the business and he’s the ideal person to take the company forward.

“I’d like to thank Phil Southall for his outstanding leadership in Oxford, and to wish him well in his group role.” 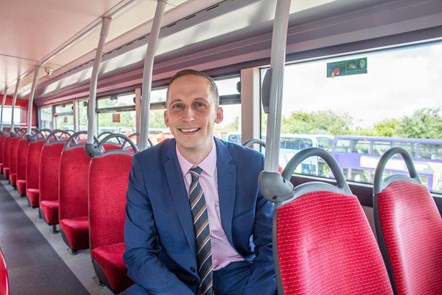