The Go-Ahead Group has received its highest ever accreditation for its commitment to reducing its carbon emissions. The bus and rail operator received an a “A-” grading from international expert group the CDP (Carbon Disclosure Project) – the highest score of any UK transport operator.

Since 2016, Go-Ahead has achieved a 22 per cent absolute reduction in group-wide carbon emissions. This is over a period in which the company has grown considerably – including expansion into Germany, Norway, Singapore and Ireland.

A major winter storm, the so-called “beast from the east” that swept across Britain in February 2018, prompted a review of Go-Ahead's strategy towards climate change as both rail and bus services were significantly disrupted, in a sign of the impact of increasingly common severe weather incidents.

Go-Ahead is already the UK’s largest provider of electric bus services, and the operator of Britain’s first all-electric bus garage in Waterloo, London.

Further measures taken by the group include:

Go-Ahead is committed to clean energy solutions. All the Group’s UK premises – including rail stations and bus depots - are powered by zero carbon electricity generated from fully renewable sources, such as solar, wind and hydro power. The amount of electricity that was generated through solar power increased by 490% from the financial year 2017/18 to 2018/19.

The group has introduced incentives for employees to contribute towards carbon reduction – including energy reduction targets for railway station managers, cash bonuses for bus drivers who conserve fuel as measured by a telematics system, and a prize of an electric car at Go-Ahead London for the employee with the best energy saving idea.

Go-Ahead London’s newly built electric bus garage, Northumberland Park, is the biggest overnight charging electric bus garage in Europe and will become a ‘virtual power station’ by feeding back energy into the National Grid. Go-Ahead is also in talks regarding what has the potential to be Europe’s biggest ever order of hydrogen buses for operation in Crawley and Gatwick.

“The ‘Beast from the East’ was a wake-up call to much of Britain on the impact of climate change. We’re delighted that the CDP’s ranking reflects our commitment to contribute to a cleaner, greener world. As a responsible business we will continue to investigate solutions for cutting our carbon footprint even further.”

Go-Ahead is one of the leading UK public transport operator companies.  Our purpose is to be the local partner taking care of journeys that enhance the lives and wellbeing of our communities across the world.  Employing around 30,000 people across our businesses, typically over 1.2 billion passenger journeys are undertaken on our rail and bus services every year. In addition to the travelling public, our customers include governments and local authorities. We are committed to contributing to tackling climate change, improving air quality and reducing social isolation, and aim to run a zero emission bus fleet by 2035.

Go-Ahead is one of the UK's largest bus operators. With a fleet of nearly 6,000 buses, we carry over two million passengers every day. We have a strong presence in London, with around 24 per cent market share, where we provide regulated services for Transport for London. Outside London, we principally serve high-density commuter markets, including the North East, Greater Manchester, East Yorkshire, East Anglia, South East and South West England. Internationally, we operate a bus contract in Singapore and two bus contracts in Ireland.

The rail division operates two franchises in the UK, three contracts in Germany and one in Norway. In the UK, Southeastern and GTR (Govia Thameslink Railway) operate through our 65 per cent owned subsidiary, Govia, which is 35 per cent owned by Keolis. It is the largest rail operation in the UK, responsible for around 30 per cent of all UK passenger rail journeys through its rail franchises. In Germany and Norway, our contracts are run exclusively by Go-Ahead. 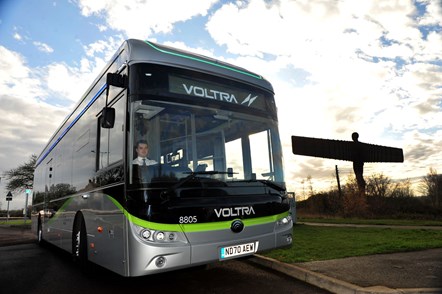 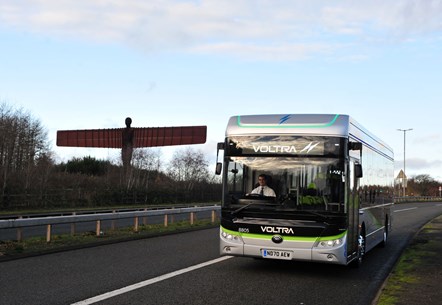