The Go-Ahead Group has signed a contract to buy its first hydrogen powered buses, as part of a deal which could become the largest of its kind in Europe.

Brighton & Hove and Metrobus has ordered 20 hydrogen fuel cell vehicles from Wrightbus, the Northern Irish manufacturer, for deployment on the Fastway routes in the Crawley, Redhill and Gatwick Airport area. The single-decker GB Kite Hydroliner buses will be delivered in June 2022 and will be the first hydrogen powered vehicles in Go-Ahead’s fleet of more than 6,000 buses.

Brighton & Hove and Metrobus is pursuing a second tranche of a further 34 buses to operate on other services in the Fastway bus rapid transit network – a network of guided busways and dedicated bus lanes designed to speed buses past congestion hotspots - and on the majority of services which are operated by Metrobus in Surrey. If completed, this has the potential to be Europe’s biggest local fleet of hydrogen buses to date.

As well as having zero carbon emissions, hydrogen buses have long range capabilities and can be refuelled quickly in depots. Go-Ahead is already the UK’s largest operator of zero-emission electric buses, with a fleet of nearly 300 nationwide, but this is the group’s first venture into hydrogen.

David Brown, Chief Executive of The Go-Ahead Group, said: “This is a significant milestone for Go-Ahead as we work towards our goal of a zero-emission bus fleet by 2035. These buses will be clean, green and will provide a comfortable journey for passengers.

“New technology is only one piece of the puzzle though in addressing climate change – we also need to encourage a large-scale change in behaviour by persuading people to switch from cars to walking, cycling and public transport.”

Jo Bamford, Executive Chairman of Wrightbus, said: “Greenhouse gases released from transportation currently account for a third of the UK’s total carbon emissions, which is a sobering statistic and one that we are seeking to change at Wrightbus thanks to our world-leading zero emission vehicles.

“To date, our world-leading double decker Hydroliners have prevented one million kg of CO2 from entering the atmosphere. The introduction of the new GB Kite Hydroliner single decker will help to prevent even more carbon from being released. It’s fantastic to see Brighton & Hove and Metrobus taking this vital and progressive step to decarbonise public transport to help the UK hit its ambitious net zero targets.”

Martin Harris, Managing Director, Brighton & Hove and Metrobus, said: “We run services 24 hours a day, with hilly terrain, heavy passenger loads and duty cycles well in excess of the national average at up to 370 miles per day. Those provide really challenging conditions for any technology but we concluded that hydrogen provides the most efficient replacement for our diesel buses”.

“To kick start the behaviour change we need to see in people’s travel habits, we need highway infrastructure that matches the ambition we have for zero emission buses, enabling bus journey times to become significantly quicker and more attractive to motorists.” 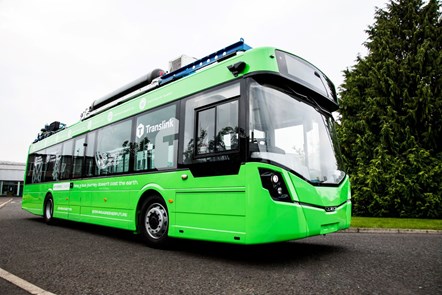 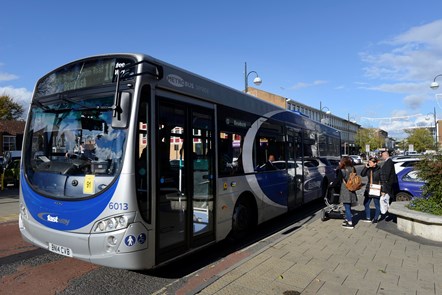 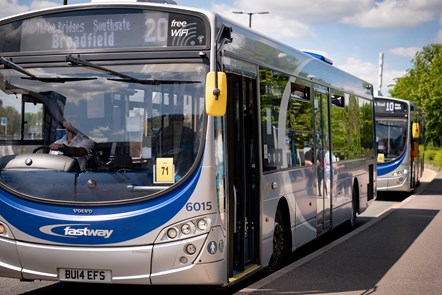